Skulpturenpark Köln is a place where a unique symbiosis of nature and art generates artistic dialogue and personal reflection...

The Skulpturenpark Köln was founded in 1997 through the private initiative of Drs. Michael and Eleonore Stoffel and has since gained an unrivalled reputation within the national and international art community as well as amongst the general public. The concept of combining permanent and temporary exhibitions means that a broad spectrum of contemporary sculptures is presented to the visitor; the eight different temporary exhibitions between 1997 and 2015 and the respective catalogues have underlined the importance of these works.

The 35,000 square metre Skulpturenpark Köln is embedded in the Cologne city landscape and represents an oasis of peace, the perfect place for contemplation and appreciation of the contemporary sculptures. It lies in the triangle formed by the Zoobrücke, the Konrad-Adenauer-Ufer and the Riehler Straße. Pieces are on view by artists ranging from Anish Kapoor to Heimo Zobernig.

KölnSkulptur 10 ÜberNatur – Natural Takeover August 1, 2020–July 31, 2022 ÜberNatur – Natural Takeover, the KölnSkulptur 10 exhibition of contemporary outdoor sculpture, addresses notions of "nature" and the complex ways it is represented and examined, domesticated and despoiled. Inspired by the location of the public park, wedged between the Rhine, the Cologne Zoo, the… 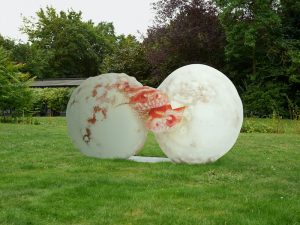 Invitation to KölnSkulptur #9 opening this Sunday

KölnSkulptur #9 opens on October 15, 2017, at 11am, marking the 20th anniversary and ninth edition of Skulpturenpark Köln. Under the exhibition title "La Fin de Babylone. Mich wundert, dass ich so fröhlich bin!” the curator Chus Martínez invites you to listen to the stories that the park has to tell. The focus is on… 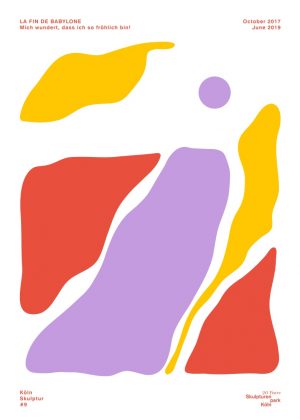 Skulpturenpark Köln has announced that Chus Martínez, the head of the Institute of Art of the FHNW Academy of Arts and Design in Basel, will curate the 9th edition of its biennial exhibition. KölnSkulptur #9 will open on 15 October 2017 and mark the park’s twentieth anniversary. The Skulpturenpark Köln was founded in 1997 through… 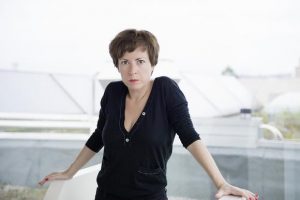