In order to develop a new chapter in the Land Art tradition since the beginning in the American West in the late 60th and following the nomadic idea of the Walking Museum - the Land Art Biennial in Mongolia was founded to be located in various locations of Mongolia.

The Biennial Land Art Mongolia 360° is a forum in search of contemporary definitions of what Land Art can reveal about   “today’s questions”. In order to open a free space of artistic interaction they decided not to restrict the definition of land art by any presets.

As is common for organic processes, the Land Art Mongolia project took years to coalesce. Inspired by a Land Art Symposium in the Gobi Village Bor Undur in 2006 the concept of a collaborative land-art exhibition series was first envisioned by the Mongolian Artists Dagvadorj Sereeter and Chimedorj and the Berlin based Artist Marc Schmitz. In early meetings, members of the Society discussed a much smaller, simpler effort to facilitate a partnership between the team in Berlin and one of Ulaanbaatar two major art institutions: the UMA (Union of Mongolian Artists) and DUBTSUN (Fine Art Collectors Association).

In August 2010 with Land Art Mongolia 360° the 1st international Mongolian Land Art Biennial took place in the very special location of Baga Gazrin Chuluu, Gobi. There were about thirty artists from sixteen nations participated with single artistic projects at site in the Gobi.

The second biennial 2012 took place in Ikh Gazrin Chuluu, Dundgobi, about three hundred kilometers south of Ulaanbaatar, under the theme of art and politics. A final exhibition presented documentation of realized art works in the National Mongolian Modern Art Gallery in Ulaanbaatar, with additional programming that included a symposium at the Academy of Science in Ulaanbaatar and a book presentation. At the conclusion of the biennial there was a reception held at the German Embassy attended by ambassadors of participating countries and local renowned representatives.

It is the intention to carry out the festival every two years at different places and different regions of Mongolia. This is not only due to the highly diverse landscapes; it also respects the nomadic tradition of Mongolia. The artworks will remain permanently in situ, and therefore consistently create permanent exhibits throughout the country.

4th Biennial Land Art Mongolia 360° will be curated by Istanbul based Basak Senova. 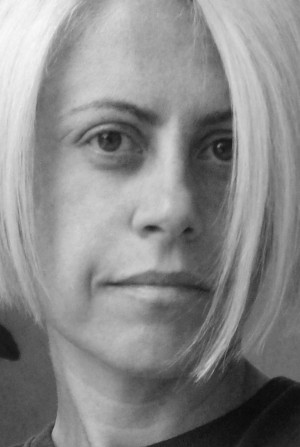 Biennial Foundation is happy to announce that its support letter for Land Art Mongolia was positively received by the Ministry of Culture, Tourism and Sports of Mongolia, as renewed funding by Minister Oyungerel Tsedevdamba has now been confirmed. 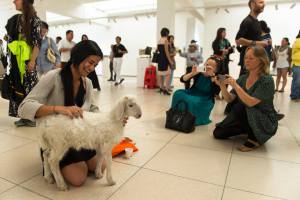 20 artists from 13 different countries will go on a field trip to Orkhon Valley.

The third edition of Land Art Mongolia / LAM 360°, taking place in August 2014 in the Orkhon valley nature reserve, will be guided by the theme “men & animals”.

The third edition of Land Art Mongolia / LAM 360°, taking place in August 2014, will be guided by the theme “men and animals”. 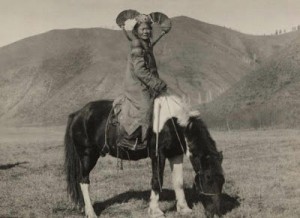 Theme: Art and Politics - Contemporary art as spatial politics in light of emerging urbanism in Mongolia. 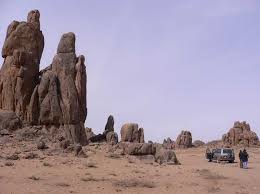 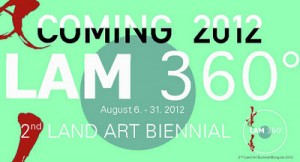