The Biennial aims to create a meeting point in Istanbul in the field of visual arts between artists from diverse cultures and the audience.

The Istanbul Foundation for Culture and Arts (İKSV) has organized the Istanbul Biennial since 1987. The Istanbul Biennial prefers an exhibition model that enables a dialogue between artists and the audience through the work of the artists instead of a national representation model. The curator, appointed by an international advisory board, develops a conceptual framework according to which a variety of artists and projects are invited to the exhibition.

The most comprehensive international art exhibition organized both in Turkey and throughout the geographical sphere, the Biennial plays an important role in the promotion of contemporary artists not only from Turkey but also from a number of different countries in the international arena. A complementary educational program is provided both for students and viewers of art, while simultaneously translated panel discussions, conferences, and workshops are also organized within the scope of the exhibitions.

After the first two biennials realized under the general coordination of Beral Madra in 1987 and 1989, IKSV decided to adapt a single curator system following the Istanbul Biennial directed by Vasif Kortun in 1992. Since then, the Biennial was organized under the curatorship of René Block (1995), Rosa Martínez (1997), Paolo Colombo (1999), Yuko Hasegawa (2001), Dan Cameron (2003), Charles Esche and Vasif Kortun (2005) and Hou Hanru (2007), WHW—What, How & for Whom (2009), and Jens Hoffmann and Adriano Pedrosa (2011) Fulya Erdemci in 2013. Held in 2015, the 14th Istanbul Biennial was drafted by Carolyn-Christov Bakargiev. The biennial celebrated the 30th anniversary of its inauguration with the 15th edition curated by Elmgreen & Dragset in 2017.

In 2012, the İKSV launched the 1st Istanbul Design Biennial, which aims to explore a wide range of fields from urban studies to architecture, industrial design, graphic design, fashion, new media design, and all relevant creative disciplines. Over the course of the nine-week program, 115,000 viewers visited the Design Biennial exhibitions.

Istanbul Foundation for Culture and Arts (İKSV) has announced the curatorial team for the 17th edition of the Istanbul Biennial: curator Ute Meta Bauer, artist Amar Kanwar, and art historian David Teh. 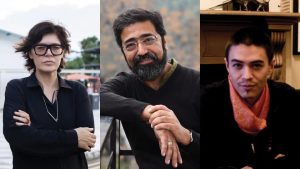 5th Istanbul Design Biennial opens with 'Empathy Revisited: Designs for more than one'

Curated by Mariana Pestana with Sumitra Upham and Billie Muraben, Empathy Revisited: Designs for more than one, the 5th Istanbul Design Biennial opened its doors to the public—digitally and physically—on October 15. It runs until April 30, 2021. Organised by the Istanbul Foundation for Culture and Arts (İKSV) under the sponsorship of VitrA and with… 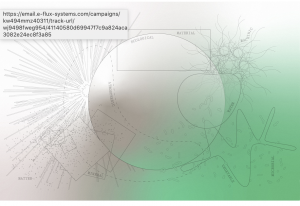 The 16th Istanbul Biennial, with the title The Seventh Continent, opens today 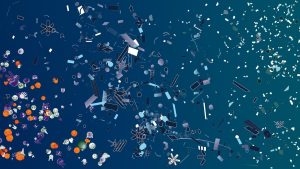 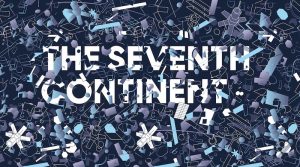 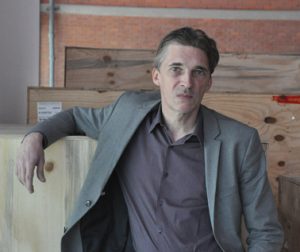 The 16th Istanbul Biennial will take place between 14 September and 10 November 2019. It will be curated by French curator, art scholar and writer Nicolas Bourriaud. Bourriaud, one of the co-founders of Palais de Tokyo, Paris and current director of the Montpellier Contemporain, stated, “I am very honoured to be able to contribute to… 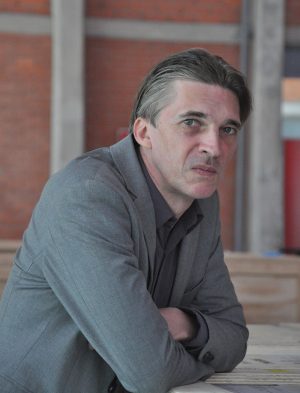 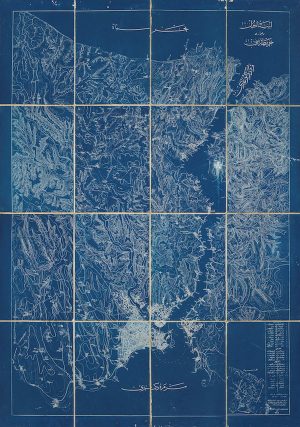 Istanbul Biennial has released the full list of artists participating in this year's 15th edition, which will take place between 16 September - 12 November. The exhibition curated by Elmgreen & Dragset will be staged in six venues around the concept of “a good neighbor”. The curatorial framework for the show was presented by the artists… 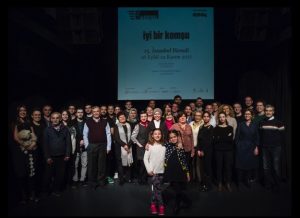 Jan Boelen has been appointed as the curator of the 4th Istanbul Design Biennial, to be held from 22 September to 4 November 2018. Jan Boelen (b. 1967, Genk, Belgium) is artistic director of Z33 House for Contemporary Art in Hasselt, Belgium, and artistic director of atelier LUMA, an experimental laboratory for design in Arles,… 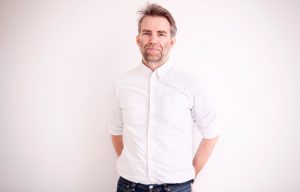 Rafal Niemojewski talk to Elmgreen & Dragset and Mami Kataoka. Recording of the talk during Biennial Foundation Annual Reception on 10 May 2017 in Venice. 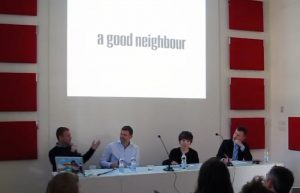 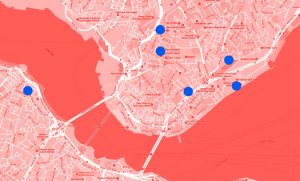 The 15th Istanbul Biennial to collaborate with the Istanbul Film Festival

The 15th Istanbul Biennial is collaborating with this year’s edition of the Istanbul Film Festival on an extensive film programme which relates to the biennial’s title and theme: “a good neighbour”. “There is nothing like the medium of film when it comes to visual storytelling, and as we know, good storytelling often includes moral conundrums… 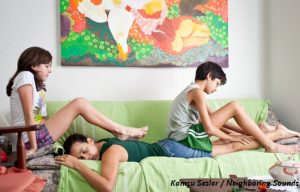 Participants and Projects for the 2016 Istanbul Design Biennial

Participants and Projects for the 2016 Istanbul Design Biennial 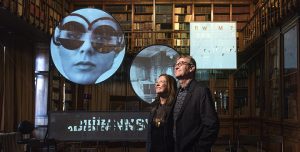 Elmgreen & Dragset to curate the next Istanbul Biennial

Elmgreen & Dragset to curate the next Istanbul Biennial 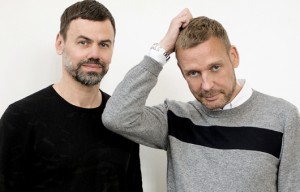 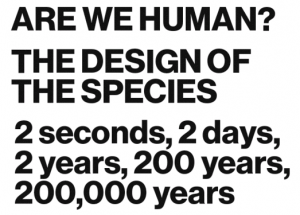 Title and framework of the 14th Istanbul Biennial, drafted by Carolyn Christov-Bakargiev with a number of alliances.

The 14th Istanbul Biennial organized by the Istanbul Foundation for Culture and Arts, will be drafted by Carolyn Christov-Bakargiev with a number of alliances. 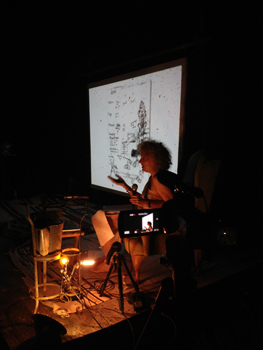 Now available online: 13th Istanbul Biennial Guide 'Mom Am I a Barbarian?', featuring the curator’s text, exhibition plans, artist texts and images.
The notion of the public domain as a political forum is the focal point of the 13th Istanbul Biennial. A highly contested concept serves as a matrix to generate ideas and develop practices that question contemporary forms of democracy, challenge current models of spatio-economic politics, problematize the given concepts of civilization and barbarity as standardized positions and languages and, above all, unfold the role of contemporary art as an agent that both makes and unmakes what is considered public. 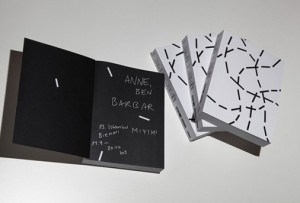 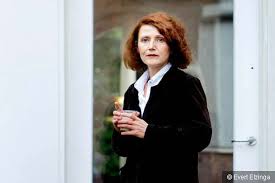 The 13th Istanbul Biennial, titled "Mom, am I Barbarian?", curated by Fulya Erdemci and focusing on the theme of public space as a political forum will be free of charge. 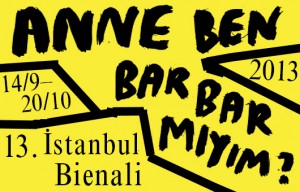 Agoraphobia, the prologue exhibition of the 13th Istanbul Biennial, will be held at TANAS, Berlin between 25 May and 27 July 2013. Curated by Fulya Erdemci and Bige Örer and co-curated by Kevser Güler, the exhibition aims to unfold the critical question of public domain which is central to the conceptual framework of the biennial through questioning the politics of space in relation to freedom of expression.

The Prologue Exhibition of the 13th Istanbul Biennial. 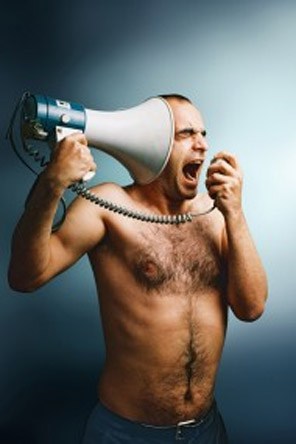 Public Alchemy, the Public Programme of the 13th Istanbul Biennial titled "Mom, am I barbarian?" continues with its third event series on Friday, 10 May and Saturday, 11 May. 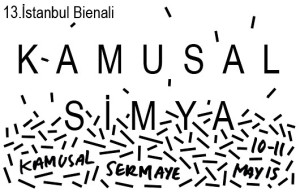 The 13th Istanbul Biennial Public Programme titled Public Alchemy examines the ways in which publicness can be reclaimed as an artistic and political tool in the context of global financial imperialism and local social fracture. 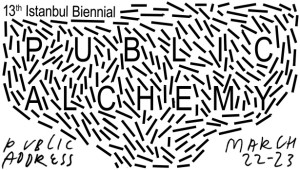 The 13th Istanbul Biennial Public Programme titled "Public Alchemy" examines the ways in which publicness can be reclaimed as an artistic and political tool in the context of global financial imperialism and local social fracture.

Curator of the 13th Istanbul Biennial Fulya Erdemci announced the title of the biennial, which will be held from 14 September to 10 November 2013 by the Istanbul Foundation for Culture and Arts (İKSV). 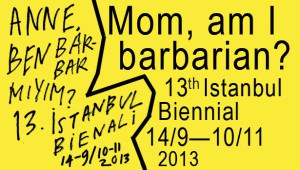 Fulya Erdemci, who is currently Director of SKOR | Foundation For Art and Public Domain in Amsterdam, will curate the 13th Istanbul Biennial in 2013. 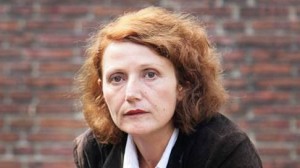 The Catalogue of the 12th Istanbul Biennial, edited by Jens Hoffmann and Adriano Pedrosa with coordinating editor Pelin Derviş, is now available.

Out now: The Catalogue for the 12th Istanbul Biennial. 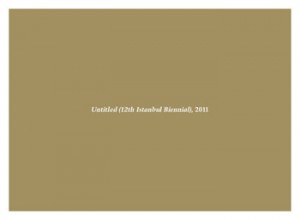 Watch Biennial Foundation's talk with Hedwig Fijen, Katarina Gregos, and Nazim Dikbas on the occasion of the 12th Istanbul Biennial, 2011.

Today the trend in art and critical theory often presents a program focusing on social issues and concerns rather than aesthetics. The contemporary biennial, one of the hypertrophied exhibition platforms of our global present, serves as the locus optimus for this focus. 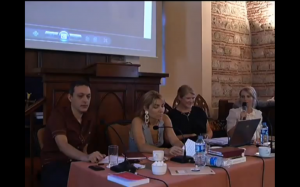 Watch Biennial Foundation's talk with Yongwoo Lee, Martha Rosler, and Lanfranco Aceti on the occasion of the 12th Istanbul Biennial.

Has art become solely a vehicle for social commentary? And what is the role of the media in art practice and exhibition arenas? How does media serve as a tool for the art world to convey larger issues? Does media democratize our society, or is the democratization of media in fact a falsehood? 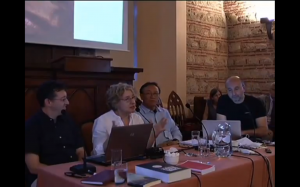 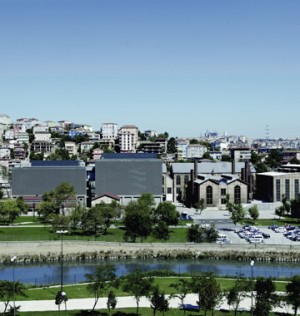 A new publication by IKSV - Istanbul Biennial "REMEMBERING ISTANBUL" with transcriptions of conference lectures and presentations, along with visual material related to all previous biennials in Istanbul. 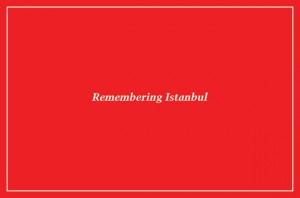 Join Biennial Foundation in Istanbul: Art as Media as Display, Biennials as Platforms for Social Change. 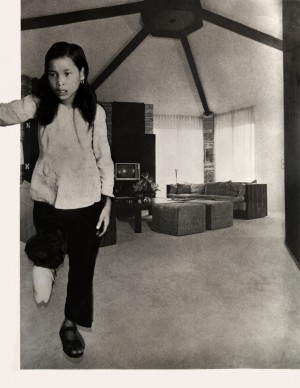 The 12th Istanbul Biennial will explore the relationship between art and politics, focusing on works that are both formally innovative and politically outspoken.