Momentum Biennial introduces the curatorial team for the 9th edition

Punkt Ø, the institution producing Momentum Biennial in Moss, Norway, has announced the dates and composition of the curatorial team for the 9th edition in Summer of 2017.

Momentum 9 will maintain a strong interest in engagement in “Nordicness”, but the choice of artist’s inclusion will not be limited to the Nordic region. Momentum 9 will embrace the sense of openness that are found amongst contemporary artists themselves, who think in a more global manner and do not define themselves as belonging to any particular place but more as a part of the international art circuit.

Since its inception in 1998, Momentum has presented compelling works of art and outstanding artistic ventures in a Norwegian, Nordic and international context. The biennial is one of the most exciting platforms for contemporary art in the Nordic region. 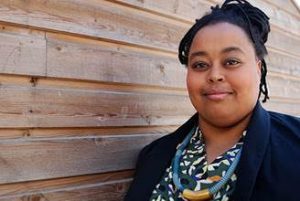 Ulrika Flink is a curator from Stockholm, Sweden. She received her MA in Curating Contemporary Art at the Royal College of Art, London. Her most recently held positions are director of Konstfrämjandet Stockholm, assistant curator and producer at Tensta konsthall and co-founder of the Stockholm-based curatorial collective Parallellogram. Flink has worked on numerus exhibitions at Tensta konsthall, Autograph ABP and Tate Modern. Recent curatorial projects, include The Artist Council (2015- ) an art festival developed with artists in exile in Sweden, Film screening and talk: The Stuart Hall Project by John Akomfrah (2014), in collaboration with CinemAfrica, The Shadow office, Parallellogram(2013- ), a project aimed to creating new models for artistic and curatorial collaboration, Construct (2011), group exhibition, Folkestone Triennial, UK. Flink has been the co-editor of Hjärnstorm journal and written for publications such as The Right Dissonance (UK), The Lake Magazine (South Africa) and Konstperspektiv (Sweden). 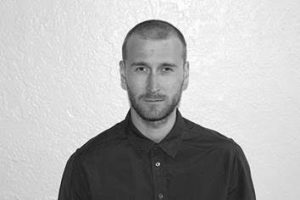 Ilari Laamanen is a New York based curator focusing on contemporary art and multidisciplinary projects. Recent curated exhibitions include The Limits of Control (2016) and The Powers That Be (2015) at The Station Independent Projects in NYC and The Pleasure Principle at Sinne in Helsinki (2016). Through his position as Project Manager at the Finnish Cultural Institute, Laamanen has commissioned projects for The New Museum’s Ideas City Festival and Parsons The New School. He is Co-founder and Manager of the transatlantic fellowship program Mobius. Laamanen holds an MA in Curating, Managing and Mediating Art from the Aalto University in Helsinki. 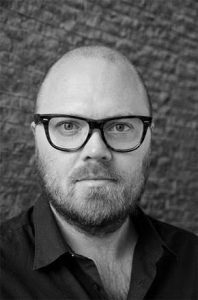 Jacob Lillemose (b. 1974) curator and director at the project space X AND BEYOND in Copenhagen. The space is associated with the interdisciplinary research project Changing Disasters at the University of Copenhagen and looks at how art and popular culture engages with the challenges of contemporary disasters. He holds a PhD in art history from University of Copenhagen, he was the curator of the transmediale festival exhibition 2012-13 and has written extensively about art and related topics in an international context. 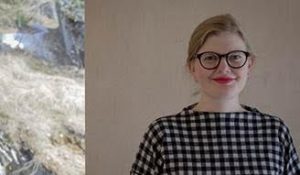 Gunhild Moe is a curator based in the rural area Suldal in Norway. She has an MA in History of Art from the University of Edinburgh, a BA in fine art from the Art Academy in Trondheim and Curiatorial Studies from the Art Academy in Bergen. In 2011 she started the residency program Lukkeskåra/Rådlausjuvet (L/R) in Suldal which has brought artists from all over the world to experience solitude and contemplations on a remote mountain farm. She has curated exhibitions at Rogaland Kunstsenter and Stavanger Kunstforening and she was one of the founders of Studio 17 gallery in Stavanger. Since 2012 Moe has worked in collaboration with the French art institution ArtConnexion to realise a Noueaux Commanditaires project by Jeppe Hein in Suldal. 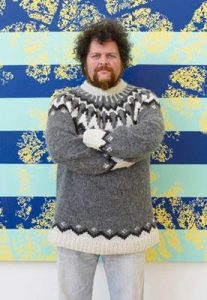 Jón B. K. Ransu is a visual artist, author and art critic, living in Reykjavík, Iceland. He participated in the ISCP program (Internationa Studio and Curatorial program) in New York in 2006. Shortly thereafter, he collaborated with Croatian artists and curators in making an exhibition of contemporary Croatian art at The Reykjavík Arts Festival.  He has curated exhibitions for museums in Iceland, such as The Living Arts Museum, The National Gallery and The Reykjavík Art Museum. Ransu is a former art critic for the National daily Morgunbladid in Iceland. He has also written in various magazines and books for art institutions and museums. Ransu has published two books about contemporary art in Iceland. Listgildi samtímans (Contemporary aesthetics and Málverkið sem slapp út úr rammanum (The Painting that Escaped out of the Frame). Ransu is also educated in pedagogy and teaches both vocational courses and art theory at The Iceland Academy of the Arts and Reykjavík School of Visual Arts.