Periferic was initiated in 1997 in Iasi by the Romanian artist Matei Bejenaru.

Periferic was initiated in 1997 in Iasi by the Romanian artist Matei Bejenaru. Iasi is one of the major universitary cities in Romania, situated in the North East of the country, close to the border with the Republic of Moldova.
In the beginning, Periferic was a performance event which grew up in the first three editions (1997, 1998 and 1999) to the level of both international and regional contemporary
art events. Periferic is organized by Vector Association, a non-profit cultural NGO, an artistic association which promotes contemporary art in the local context.

The aim of Periferic was to collect different artistic attitudes related to the centre – periphery relationship, and also to create a series of theoretical discussions about the conditions for art production in different cultural contexts. In the last editions Periferic developed different educational programmes in the idea to get a better local visibility, as well as to promote regional artistic collaborations. Periferic also developed a local contemporary art scene. Since 2001, Periferic has been transformed into an international art biennial.

The 8th edition of Periferic Biennial for Contemporary Art attempts to re-address the question regarding the conditions and possibilities for producing art events in Romania, in the new situation created by the recent economical developments.

Concept of Periferic 8 – Art as Gift. 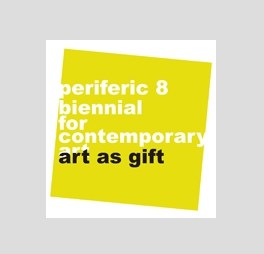