OFF-Biennale Budapest is the largest contemporary art event in Hungary. It started in 2014 as a grassroots initiative, a “garage” biennale set up by a small group of art professionals in order to create a platform for exchange between art practitioners and other members of society. Since 2014, OFF has become an internationally acclaimed event. OFF’s mission to strengthen the local independent art scene, and initiate public discourse about urgent yet neglected social, political, and environmental issues. OFF is a constant experiment that realizes the vision of a sustainable and democratic institution in the civil sphere.

OFF-Biennale does not apply for Hungarian state funding , nor does it partner up with state-run art institutions. (With the exception of occasional mutual partnerships aimed at initiating dialogue about the duties of public institutions and the possibilities of collaboration between civil initiatives and public institutions). This is a political statement as much as a practical solution to protect freedom of artistic expression and professional integrity.

We embarked on this enterprise in 2014 with the mission of rebuilding the foundations of the Hungarian independent art scene, creating a common platform for its actors and showing that collaboration makes it possible to organize a large-scale, high quality art event without the need for endorsement by the state. We still consider this a key statement in a fundamentally passive society that expects solutions from above.

We believe that it is imperative to strengthen the civil sphere in the field of arts as well, and we see the solution in the involvement of new resources and the development of networked domestic and international civil collaboration. At the same time, we are well aware that in the long run, only the close and supportive cooperation of cultural spheres (both state and civil) can yield significant and lasting results.

“OFF” stands for similar values and qualities as in the case of Off-Broadway: “OFF” diverts from the mainstream, from solidified routines, and ventures to find its own path, establishing its own form of operation. It finds its own people, resources, and locations. Although smaller, more spontaneous, and with a tighter budget, it makes no compromises in quality, and is less constrained by unchallengeable protocols. “Instead of fast-changing prepositions—‘post,’ ‘anti,’ ‘neo,’ ‘trans,’ and ‘sub’—that suggest an implacable movement forward, against and beyond, and try desperately to be ‘in,’ I propose to go ‘off’: ‘Off’ as in ‘off quilter,’ ‘off Broadway,’ ‘off the path,’ or ‘way off,’ ‘off-brand,’ ‘off the wall,’ and occasionally, ‘off-color’”—wrote Svetlana Boym, whose off-modern theory served as inspiration for naming the project.

OFF-Biennale is therefore a critique of the mainstream forms of art biennials organized worldwide: it is brought to life by a small community, without powerful institutional or organizational background; instead of “flying in” international stars and trends, it predominantly seeks solutions to the problems of the local scene. This, of course, does not mean that OFF remains a local matter, on the contrary, in fact: we present a number of international artists and productions, as this also serves to strengthen Hungarian art life. OFF’s unusual organizational structure and political stance makes it an internationally recognized and acclaimed initiative. The OFF-Biennale team was invited as a “lumbung” member to documenta fifteen.

In the spring of 2015, the first OFF-Biennale Budapest presented a little short of 200 projects at more than 100 venues over the course of 5 weeks (mainly in Budapest, but also in rural towns and abroad), featuring more than 350 artists from 22 countries. At the end of 2015, the OFF-Biennale Association was established by a group of professionals from the fields of contemporary art, communication, and education, with key roles in organizing OFF. At the end of 2016, the biennale’s curatorial team received one of the most prestigious recognitions of the Central European cultural/arts scene, one of the grants of the Igor Zabel award, funded by the ERSTE Stiftung.

In 2017, OFF-Biennale opted for a frame narrative that made it possible to address essential and exciting questions that determine past and future alike, and to discover the liberating power of art while taking possession of the city in various ways. The point of departure was the Gaudiopolis Children’s Republic (1945–1950) founded by Lutheran pastor Gábor Sztehlo in Budapest after the Second World War. The young residents of Gaudiopolis, “the city of joy,” established their own government, elected representatives from their own circles, and made laws that pertained to all. As a materialized utopia, it functioned in the spirit of hope, trust, sympathy, generosity, responsibility, perseverance, courage, and care. Each of the second OFF-Biennale’s projects took a different course starting off from the story of Gaudiopolis, but all testified to its timeliness.

The first two editions of the biennale demonstrated the power of perseverance and creativity, and confirmed that there is a great need for survival strategies. In this way, OFF has been a continuous experiment, seeking to perform and prefigure a sustainable and democratic institution in the civil realm, the methodologies of which bear both local and international relevance. In 2018, thinking about the next OFF and ways to continue, we all agreed that we must reorganize the operational structure in which OFF was an umbrella holding independent projects together. By that time, many of the former participants of OFF—artists, independent groups, small art spaces—had disappeared from the scene: they had ceased their activity, moved abroad, or closed down. It had become clear that without funding and institutional framework, in the long run, the independent scene would be weakened to such extent that we would no longer be able to support them merely by providing a framework for their activities. We saw that the know-how and experience of the OFF-Biennale team could be put to use most efficiently if we emerged as producers: therefore, we decided to present less projects in the third edition, but in turn we would closely collaborate on each one, providing assistance in every aspect of the work. This was how the program of OFF-Biennale 2021 was created, comprising fourteen complex projects. They all share one feature: almost all of them are group initiatives where artists from different fields work together; also, most of them have been collaborating for years. OFF primarily intends to be a platform for such self-organized long-term projects that bridge several branches of art or fields of culture. Another priority in this edition was to create productions that critically approach the present while exploring the future possibilities, putting forth proposals and visions with the intention of taking part in shaping matters of common interest via their own means.

In the spring of 2020, we had to postpone the biennale on account of the global pandemic. In the months that followed, we made an effort to keep in touch and reconsider our mode of operation, striving to be able to continue the work we had begun. The future is still unclear at this moment, in January 2021; we cannot yet see the final format in which our plans can be carried out. In any case, whether this spring’s OFF will be a combination of citywide exhibitions and events or online contents, or the combination of both, our greatest joy will still be that it is realized a third time. Amidst the experiences of the past period—the global helplessness, the destruction caused by the virus knowing no boundaries or borders, the desperate mass movements, the fundamental transformation of daily routines, the radical restructuring of social relations—and the unabating domestic and international political tension, OFF-Biennale once again offers an opportunity for art to incite, inspire, inquire, provide a perspective, create a community and build a bridge towards a more livable future.

OFF-Biennale 2021 marks the beginning of collaboration with documenta fifteen

The largest independent contemporary art event in Hungary, OFF-Biennale Budapest, announces its third edition, titled INHALE!. OFF-Biennale 2021 premiers 14 projects that look at ecology, Eastern European nationalisms, and political imagination; with a focus on artistic propositions that do more than just point to these complex, entangled problems. The 14 projects, specifically created for this… 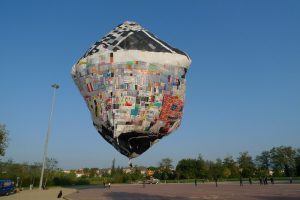 OFF-Biennale Budapest is the largest independent contemporary art event in Hungary. It started in 2014 as a grassroots initiative, a "garage" biennale set up by a small group of art professionals in order to create a platform for exchange between art practitioners and other members of society. Our main aim is to strengthen the local… 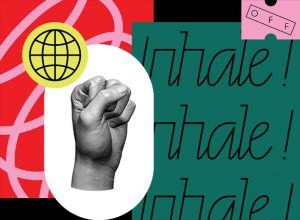