Since the 1st Canakkale Biennial (2008), the conceptual structures were aimed at integrating contemporary art into everyday lives of citizens and creating an environment where art is a platform for democratic debates through its unique language.

Canakkale Biennial Initiative (CABININ) is a Canakkale-based nonprofit initiative formed by cooperation of collaborators from various fields and occupations. As a platform for producing artistic and cultural ideas and events, CABININ organizes and supports national as well as international events, in particular, Canakkale Biennial, based upon social benefıts and responsibility.

CABININ, a local non-governmental organization, due to its area of interest, focuses its activities primarily on contemporary art and has affected the art and culture scene in Canakkale with an increasing momentum for more than ten years. Over the years, participation in and support of the large and inclusive national and international activities and events by CABININ have increased as a result of enhanced involvement and interest of the local populace. Biennial, exhibitions, seminars, symposiums, and performances have all been planned and produced through a sustainable systematic understanding of the principle of volunteerism. Within these projects interdisciplinary art workshops have also been planned and organized simultaneously in order to target different groups and to be in contact with each and every layer of society.

The international exhibitions, “The Past Time Dreams (2006)”, which was organized by CABININ and based on dealing with present issues by making reference to the past, and “Borderline (2007)”, which was dealing with present-day reality based on Turkey’s and specifically Canakkale’s current situation and position, have both established the physical as well as the mental basis for Canakkale Biennial. Beginning with and ever since the 1st Canakkale Biennial (2008), all of the conceptual frameworks have been chosen to be based on a foundation that oversees, examines and criticizes social problems relating to our country, region and the world through works of art.

Since the first event, the conceptual structures mentioned above were aimed at integrating contemporary art into everyday lives of citizens and creating an environment where art is a platform for democratic debates through its unique language. Event locations, such as Er Bath, Old Armenian Church, Old Tobacco Depot (recently named as Korfmann Library), abandoned buildings in Fevzipasa District, Canakkale Waterfront, Marina, various public and private properties, the Old Coach Station, Public Gardens and some governmental buildings, have been chosen carefully to seamlessly integrate the activities into the city’s everyday landscape.

In order to increase creativity and participation of underrepresented members of the community, artistic and cultural events have been developed focusing on various groups and topics, such as children, teenagers, adults, people with disablilities and gender identity issues. Dialogue and collobaration have been cultivated to maintain the support and participation of local authorities, non-governmental organizations as well as the private sector.

The 7th Çanakkale Biennial titled “Constellation” started with exhibitions consisting of works of 31 artists brought together around different conceptual frameworks and fictions. CABININ (Çanakkale Biennial Initiative) and Azra Tüzünoğlu are the curators of the biennial, which focuses on intersecting and interacting relationships, collaborations, sharing and communications. The exhibitions, which will meet with visitors between… 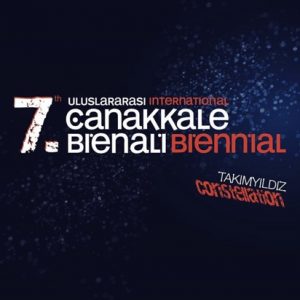 The 5th edition of the Çanakkale Biennial in 2016, focused on the theme of “Homeland” (Anavatan, Heimat, الوطن, الأم, Patria), with artworks by 42 international artists, in relation to the constant succession of global migrations and flows of refugees and exiles: the imagery and visions of the idea of homeland, which are bound to 20… 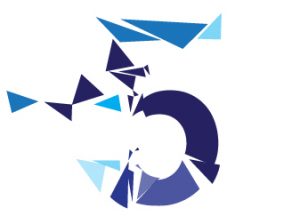 The 5th edition Çanakkale Biennial has been cancelled

The 5th edition Çanakkale Biennial has been cancelled

“CANAKKALE BIENNIAL: Coordinates” - A selction from the 3rd and 4th International Canakkale Biennials. 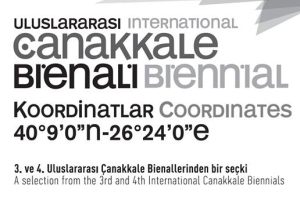 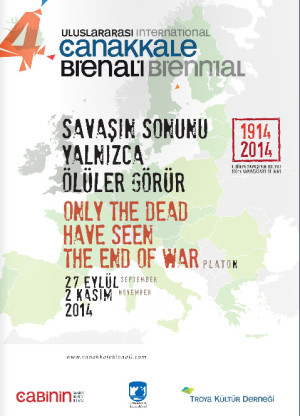 4th International Canakkale Biennial has its conceptual framework structured upon ‘1914-1918-The Centenary of World War I’. 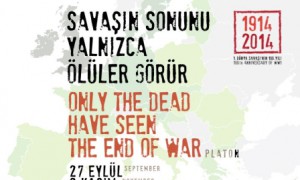 The conceptual framework of the 4th edition of International Çanakkale Biennial that will be held in the autumn of 2014, is structured around the topic “1914-1918 – The Centenary of the World War 1”. 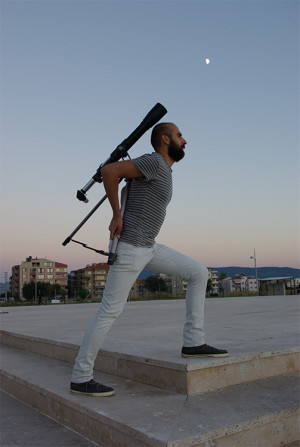 4th International Canakkale Biennial, Turkey, will be held between 27 September and 2 November 2014. 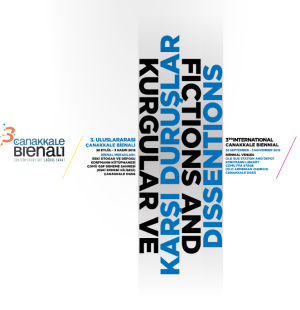