The first São Tomé e Príncipe Biennial took place in 1995. This stimulus, which for seven years was utopian in character, took on a new form in 2002.

The first São Tomé e Príncipe Biennial took place in 1995. This stimulus, which for seven years was utopian in character, took on a new form in 2002. Since then, in the face of major and minor difficulties, the continuity of the event has helped to persuade foreign trainers in the areas of the visual arts, theatre and dance to come to São Tomé e Príncipe.

It has led to the emergence of a new generation of creative artists, while Saotomean artists have been going to study art in Portugal, Senegal and France. Overcoming the dual isolation of an island country in Africa, the São Tomé e Principe biennials have played an important role in helping to maintain the activities of a group of local artists and have led to exchanges with the outside world.

New Concept:
One of the conclusions of the 6th Biennale (2011) was the need to invent a new concept for the next Biennale of Art and Culture of São Tomé e Príncipe in 2013. In the previous editions of the Biennale, the main focus area was cultural heritage seen from a more static perspective. This was combined with artistic residencies from artists from Africa and the Portuguese speaking world.

As part of the Biennale, the organizers will revisit and recreate the plastic and performing arts, redefine the role of colonial and popular architecture, (re)consider national culture, and rethink the economic and strategic plans of the country. Furthermore, this Biennale intends to stimulate and rethink economic sustainability through culture. The Biennale will therefore reuse cultural heritage in order to redesign São Tomé e Príncipe. This will be done in collaboration with invited artists/thinkers/makers and persons with provoking ideas from other parts of the world.

The 7th Biennale will promote the cultural richness of the São Tomé e Príncipe and demonstrate the important role which this has in the development strategy of the country. 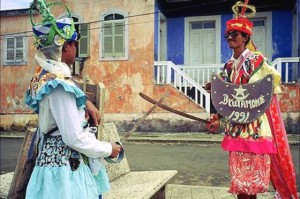 If the V Biennial was to "Share Territories", promoting knowledge, dialogue and openness in various areas and latitudes, the VI Biennial will focus on "Heritage(s)" to enable and enrich territories as well as to consolidate the shared beginnings. 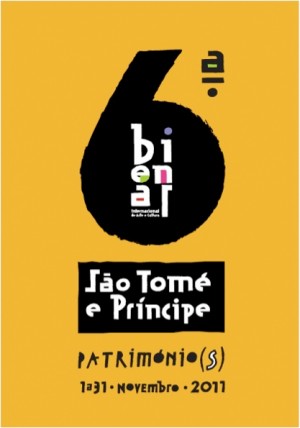