Helsinki Photography Biennial is a series of events on photo/lens-based contemporary art, organized every two years in spring by Union of Artist Photographers in Finland.

The first Valokuvataide-Arkitaide (Photographic Art – Everyday Art) events were organized by the engaged and spirited members of the Photographic Society in Finland, who gathered around the arrangements around every third and fourth year. In the early 1980’s, the festivals aimed at reaching out to a broader audience, in times when photography as an art form still was rather marginally positioned. In the 1990’s, the festivals were already clearly directed towards a public that was interested in questions concerned with photo-based art, and the festivals focused on, for instance, Photography and Power (1993) and German Themes (1996).

In the year 2000 the event was renamed Helsinki Photography Festival. The same year’s edition of the festival,Some Parts of the World was then the most comprehensive and international exhibition and event of contemporary photo-based art to have been organized in Finland. Thereafter, to be continued… (2005), presented the cutting edge of contemporary photography and lens-based work from Finland and the UK, and was curated by Mika Elo and Brett Rogers. In 2009 the festival was organized in collaboration with the Helsinki City Art Museum and the Finnish Museum of Photography. HPB12 was the first biennial, focusing on urbanity, the main exhibitions were curated by a six-person group with photographic artists and a curator from the Helsinki City Museum. HPB12 saw also an extensive array of other exhibitions and events in the Helsinki metropolitan area.

Helsinki Photography Biennial is organized by the Union of Artist Photographers, a nonprofit artist-run association with circa 400 member artists. The Union promotes and supports photo-based art, and the professional, economic and social interests of its members.

The theme of the 2014 Helsinki Photography Biennial examines causal relations regarding ecological issues. 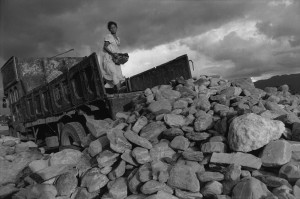 Helsinki Photography Biennial announced the appointment of Basak Senova as curator of HPB14.