Atlanta Biennial showcases emerging, established, and forgotten artistic practices from around the region of which Atlanta, the “capital of the New South,” professes to be a cultural node.

In 1984, the Whitney Museum’s biennial survey of influential American contemporary art contained work from zero Southern artists. This lead Alan Sondheim, then curator at Atlanta’s Nexus Contemporary, to take matters into his own hands, by creating the first ever Atlanta Biennial as platform for contemporary art emerging from and impacting culture in the southeastern United States. From that first exhibition until its last iteration in 2007, the Biennial exhibited hundreds of artists from throughout the region. Over the course of this 23-year run the exhibition sometimes focused solely on Atlanta-based artists, sometimes on artists from the state of Georgia, and, in several iterations, on an area of artistic production that included the whole of the American South. 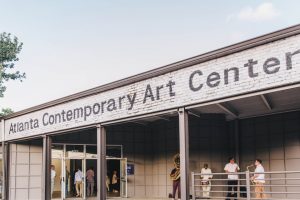